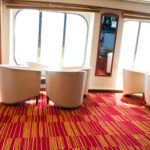 Protecting Yourself After Sexual Assault on a Cruise Ship

If you are sexually assaulted, raped, or otherwise attacked in any way while on a cruise ship, pay close attention. You have specific rights, and what you do in the hours and days following your attack can make all the difference in convicting your attacker and possibly obtaining compensation for your injuries. Our experienced… Read More »

Congress is taking aim at increasing problems with cruise ship sexual assault, according to an article by the Miami New Times. Aiming to improve passenger safety on cruise lines, the Cruise Passenger Protection Act (CPPA) also details specific regulations for sexual assault that occurs on cruise ships. The CPPA has bipartisan support in the… Read More »

A former passenger is filing a lawsuit against the SeaDreams Yacht Club over allegations of sexual assault, which occurred back in 2015, according to the Miami Herald. According to the plaintiff, before going to sleep she took her usual sleeping pill that she had been taking for four years, a seasickness pill, and was… Read More »