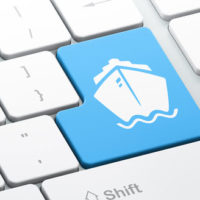 A former passenger is filing a lawsuit against the SeaDreams Yacht Club over allegations of sexual assault, which occurred back in 2015, according to the Miami Herald. According to the plaintiff, before going to sleep she took her usual sleeping pill that she had been taking for four years, a seasickness pill, and was given a drink from a bartender. In her lawsuit, she claims that her memory started to go at that point and that things became fuzzy, likely due to the combination of pills and alcohol. The bartender had promised the plaintiff’s friend, who had been accompanying the plaintiff earlier, to take her back to her room. Instead, he proceeded to rape her behind the bar after drawing the blinds that enclosed the area. The plaintiff spent the rest of the trip in her room. According to the plaintiff, “He was raping me in all areas possible and I was crying and I was asking him, ‘Why are you doing this to me? You are hurting me.” Describing her state of mind following the rape, the plaintiff said in a later interview that, “For a while I was in the depth of darkness. If there is anyone that even slightly resembles the way that he looks, it takes my breath away. If I’m in the bedroom, my husband has to let me know in advance before he walks in the door. I’m now a member of a club I didn’t wish to become a member of.”

The plaintiff sought medical attention later from the ship doctor, but because there was no rape kit available, a complete examination was not possible. In the lawsuit, the plaintiff also alleges that the ship’s captain failed to come see her immediately when called upon, and asked the plaintiff’s friend, “Does your friend intend to sue SeaDream?” The plaintiff is seeking $25 million from SeaDreams due to its negligent security measures and failure to provide a reasonably safe envi.ronment.

How Often Does Sexual Assault Occur at Sea?

Unfortunately, sexual assault is, by far, the leading violent crime committed on cruise ships, according to the U.S. Transportation Department. Sadly, the culture of cruise ships and other commercial vessels has a long way to go before sexual assault is no longer considered a norm. For victims of sexual crimes, filing a lawsuit is often the only means of justice.

If you or a loved one is the victim of rape or any other form of sexual assault while you were a passenger or crew member of a cruise ship, do not hesitate to contact the Miami Law Offices of Michael F. Guilford, P.A. today at 866-473-2636 for immediate assistance. We are eager to help you today.