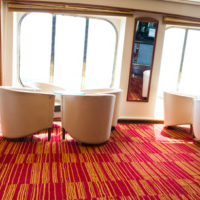 The CPPA has bipartisan support in the House and Senate, with sponsorship from U.S. Representatives Jim Himes, Doris Matsui and Ted Poe as well as U.S. Senators Richard Blumenthal and Edward J. Markey. If Congress passes the CPPA, cruise lines will have to adhere to new rules and regulations.

“Many cruise ships are the size of small towns – but with few emergency services and no law enforcement, these vessels are more Wild West than Atlantis,” Sen. Blumenthal stated in a press release. As a result, supporters of the CPPA want to ensure that passengers at sea have substantially similar protection and legal recourse as they would on land.

Among other regulations, the CPPA outlines a number of requirements that concern allegations of crime on a cruise ship:

The CPPA is the latest initiative from Congress designed to protect individual and consumer rights on the high seas. Back in 2010, Congress passed the Cruise Vessel Security and Safety Act (CVSSA).

Rep. Poe summed up the purpose of the legislature in a press release, stating: “The passage of the 2010 Cruise Vessel Security and Safety Act took the first step in protecting the safety and security of passengers. The Cruise Passenger Protection Act builds upon this important law by implementing stronger requirements to protect victims of crime and to hold their perpetrators accountable.”

Do You Require Legal Assistance From an Admiralty and Maritime Lawyer?

If you have questions about cruise line sexual assault or other passenger claims, there is no substitute for legal advice from a knowledgeable admiralty and maritime lawyer. Otherwise, you may not put yourself in the best position for recovery.