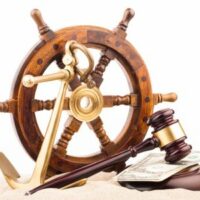 A company responsible for rescuing victims of the SEACOR boat collapse has been sued by one of the victims’ families. The family claims that the underwater rescue company did not act “fast enough”. His body was found still inside the SEACOR vessel. His attorneys contend that he survived long enough inside the SEACOR vessel to be rescued by crews, but delays in getting to the crewmember resulted in his death. According to the family, since the death was preventable, the rescue company should be held liable for the death. The victim was not found until three days later. One victim was found with a stopwatch counting the amount of time it took to find him.

The obligations of rescue companies

According to the plaintiffs, the defendant rescue company failed to “properly coordinate” the rescue, lacked an adequate rescue plan, and failed to execute a useful rescue. Lawyers are questioning why a thermal imaging map was not used to locate crew and prioritize likely crew locations. Divers to whom attorneys spoke to said the conditions of the dive were unsafe.

The lawsuit is focusing on the company’s leadership and does not name any of the individual divers in the lawsuit. In fact, the divers could become key witnesses for the plaintiffs. They can discuss what plan was put in place by management if any. The lack of equipment also appears to have been a major barrier for rescue divers.

If you’re a company and you say, “Hey, our employees can do X,” others rely on the systems of certification, training, and your own reputations to make the choice to go with your company. In this case, SEACOR hired this rescue company after their liftboat capsized. Those who died on the ship may have been rescued in time had the defendant company been able to provide the services they claimed they could provide.

In this case, we can’t really know how it would have played out, but we do know that the company may have misrepresented its capacity to fulfill a certain duty, dragged its feet when arranging a rescue, and then failed to implement a plan that prioritized parts of the ship where the crew was likely to be. If it turns out the  plan was bad, the company could be found to be negligent. One would have to establish that a better plan would have saved more people. And on that basis, a lawsuit can be filed against the company.

Here, the negligence is in the manner in which the search was conducted and the fact that the company positioned itself as a company that was capable of providing those services. In cases like this, there are mulitple causes of action and mulitple potential defendants.  If the crew were seaman, do they have causes of action for negligence under the Jones Act against their employer, or unseaworthiness.  If, as alleged, the rescue company was negligent in performing the rescue, negligence claims may exist against it, regardless of the crew’s status as seamen.  There are also issues with potential limitations on damages based on the value of the vessel and the Death on the High Seas Act.  Because all these possible roads to and roadblocks to recover exist it is important to speak to a knowledgeable maritime attorney.

If you’ve been injured aboard a vessel, or on the water specific rules apply to any lawsuits filed. Miami admiralty & maritime lawyer Michael F. Guilford can help you file such lawsuits and recover damages related to your injuries. Call today to learn more!