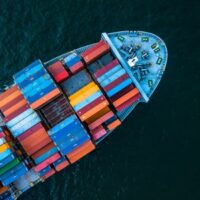 One of the games lawyers play in law school is to dredge up fictional accounts or historical incidents and try them in a mock trial before an acting judge. The SS Edmund Fitzgerald is among the most famous shipwrecks in American history immortalized in lyrics and song by the great Gordon Lightfoot. So what if I was a lawyer representing the 29 crew members who perished in that boat accident? What type of case could I build against the crew’s employer?

The SS Edmund Fitzgerald was a Great Lakes carrier used to transport iron from Minnesota to other major cities along the Great Lakes. The vessel was famous for the speed at which it could traverse great distances.

On November 10, 1975, the boat sank in inclement weather. It was carrying 26,000 tons of iron ore. Just before the ship disappeared from radar, the captain said it was one of the worst storms he had ever encountered. The ship vanished from radar shortly thereafter.

Why did the ship sink?

It remains a mystery to this day, but there are several theories. One involves the design of the SS Edmund Fitzgerald itself. Because the ship sat low, they contended, it made the ship more vulnerable to a large wave. Others believe that faulty hatches could have been to blame. The hatches failed when the cargo shifted in the storm on the ship.

Most lay the blame for the shipwreck on the amount of iron ore the vessel was carrying at the time of the storm. A family member who lost crew in the shipwreck would likely allege that the ship owners and operators got greedy and wanted to deliver more iron ore than the vessel could safely handle. This resulted in the ship becoming unsteady and ultimately capsizing in the storm.

Several negligence actions could have been brought against the shipowner and, in fact, were. While no single theory could be made as to why the ship sank when it did, The Jones Act requires that liability fall on the vessel owner if the ship proves to be unseaworthy. Further analysis showed that there were problems with the design of the ship, and some of the components weren’t working as expected. Further analysis shows that the ship may not have been capable of carrying the weight it was hauling, and lastly, it couldn’t survive a storm that the captain piloted into with heavy freight.

Even though the ship sank in Canadian waters, U.S. Maritime Law had jurisdiction. However, the monetary compensation to the families was limited to the value of the ship, or just over $24 million.

Miami admiralty & maritime attorney Michael F. Guilford represents the interests of those who are injured or lost loved ones at sea. Call our office today to schedule a free consultation and learn more about how we can help.