Parents Sue After Toddler Is Sexually Assaulted Aboard Disney Cruises 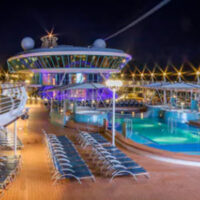 The parents of a toddler who was sexually assaulted aboard a Disney Cruise ship have filed a lawsuit against Disney Cruises seeking at least $20 million in damages. According to the complaint, the three-year-old was enrolled in the ship’s youth club. The youth club allows children up to 12 years old to join. At some point, she was sexually assaulted by a much older child (a girl) who was also a passenger aboard the cruise.

It is unclear how the parents determined that their daughter was molested, but Disney claims the incident was reported to both the FBI and Brevard County Sheriff’s Department, who after investigating, took no further action.   Disney maintains that the lawsuit is wholly without merit and that the plaintiffs have changed their story asserting that their daughter was assaulted by another female child. The incident was reportedly captured on cruise ship surveillance cameras, which will be the best proof of what happened.

As with any claim of negligence, in order to prevail in a lawsuit alleging sexual assault aboard a cruise ship you must establish that the defendant did something wrong or failed to do something they should have done and that failure lead to the assault/injury.

Normally cruise lines do not issue statements concerning whether of allegations they face are true or false. Instead, they simply say that they do not comment on pending litigation.  In this case, however, the attorneys representing Disney saw fit to release a statement saying that the parents made false claims more than once about their daughter being harmed and are now filing an unfounded lawsuit.

In today’s world, surveillance is everywhere and cruise ships are no different.  There are cameras in the casinos, the pool area, stairways, entry/exit points and the restaurants.  Video surveillance can make or break your case.  That is why it is important to hire an attorney with maritime experience, one who knows how to obtain, preserve and evaluate this important evidence.

If you’ve been injured aboard a cruise ship or a member of your family has been injured, call the Miami admiralty & maritime lawyers at the office of Michael F. Guilford today to schedule a free consultation and learn more about how we can help.