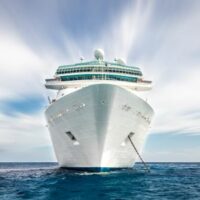 Disney Cruise Line is facing a $20 million lawsuit filed by the parents of a then-3-year-old girl who they believe was sexually assaulted by a 7-year-old girl. The parents have claimed they noted changes in their daughter’s personality after the incident and say that a video shows the assault on camera. However, the video shows that something happened to upset the girl, but it doesn’t appear to show a sexual assault. Several cruise ship employees witnessed the alleged assault and did not recognize it as a sexual assault. This is the foundation of the plaintiff’s case, but the defendant cruise line is alleging that nothing occurred other than one child upsetting another child.

A judge agreed with the defendants in this case saying that the video failed to convince him that a sexual assault occurred. The parents, however, contend that the video shows their 3-year-old daughter being excessively groped by a 7-year-old girl who touched her in her private areas.

The state of the lawsuit

Disney had moved to dismiss the lawsuit, but the judge ruled that the family has the right to continue deposing staff. The video appears to show the girl upset after the encounter and staff attempting to console her, but it’s not entirely clear what happened, and the video does not clearly show that improper conduct occurred. The plaintiff communicated something to staff after the encounter occurred, and Disney thus far has not allowed the parents or the court access to that information.

That means that the plaintiffs will likely be allowed to depose the staff who managed the situation that day. However, Disney argued that they should not be forced to make that information available to the parents because their argument centered on a 16-minute surveillance video that at best, was inconclusive. The plaintiffs argued that their case was centered on what happened that day and being allowed to depose staff is imperative. They also say that now that the girl is 5 years old, she can verbalize what happened better.

The judge also ruled that he would not allow the five-year-old girl to be deposed in this case, so if their case hung on the testimony of the girl, it was unlikely to succeed.

Well, if the video didn’t do the trick, then the plaintiffs are depending entirely on the testimony of Disney employees who handled the situation at the time. While the video could show evidence that the child was upset after the older girl touched her inappropriately, it is inconclusive. Children can often play with each other roughly and this does not constitute sexual assault. The parents are further faulting Disney for failing to supervise the children properly, placing older children with younger children, and more.

Miami admiralty & maritime lawyer Michael F. Guilford represents the interests of both crew and passengers in cruise ship injury lawsuits. Call today to schedule a free consultation and we can begin discussing your case immediately.