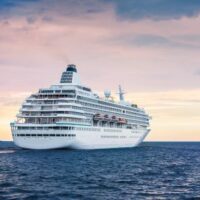 A Miami judge recently issued a ruling that will broadly impact the cruise industry. The cruise industry has been using Havana ports for years to run tours of the city. While Cuba is a communist country, it has dual economies for tourism. The ports were expropriated (seized by the government) to be made the property of the people.

Prior to being “property of the people,” the docks were owned by an American company known as Havana Docks. If the judgment sticks, then the cruise companies may be liable to Havana Docks for millions of dollars in unpaid fees that the company would have earned had their property not been seized by the state.

In 1960, Fidel Castro nationalized Cuba’s holdings in its tourist sector which included the nationalization of the cigar industry for which Cuba is famous. In 1996, the U.S. passed a law making it possible to sue companies that deal with expropriated Cuban property. Essentially, while the property claims in Cuba were destroyed by the revolution, they persisted in the United States. So, U.S. companies that held property in Cuba can sue other U.S. companies that benefit from the expropriated property.

This brings us to now. In 2019, Havana Docks sued four U.S. cruise companies for benefiting from their expropriated docks. While the legislation had been waived by every U.S. president since the condition was implemented, President Trump allowed the lawsuit to move forward. There was broadscale fear that allowing such lawsuits would open the floodgates and allow U.S. companies to sue each other with impunity over very minimal interactions with Cuban ports.

The cruise companies claim that there is an exemption under the law that waives the requirement for “lawful travel” which they claim their tours are. However, a judge ruled that the exemptions did not apply because the travel was embargoed by U.S. law. That being said, such travel was permitted under both Obama and Trump and so the cruise industry contends that what they did was legal.

The U.S. claims that “lawful travel” only includes person-to-person visits and not tourist activity. However, the decision is not the final word and the cruise lines are likely to appeal given how much damage it could potentially do to their industry.

Right now, the scales are teetering toward the plaintiff who is claiming that the cruise companies engaged in “trafficking activity” for ferrying tourists to and from the communist island. The cruise lines could choose to settle with the company but are unlikely to do so because of the potential precedent that would set. In fact, they aren’t fighting one lawsuit but a type of lawsuit that may be filed by hundreds of American companies. So, I expect the cruise lines to fight the decision as far as they can.