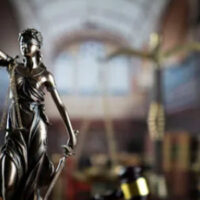 A few months back we discussed a situation in which several crew members were forced to stay aboard their cruise ship while the cruise line they worked for, Bahamas Paradise, figured out the cheapest way to send them home. Their superiors told them that if they left the vessel, they would never be allowed to work again for the cruise line. Since cruise ships provide many foreign workers with a good living, the crew was stuck aboard the vessel for months while the COVID outbreak raged on.

Bahamas Paradise offered nearly $1 million ($875,000) to settle the dispute that they unlawfully imprisoned their employees. That amount would be split between some 275 crew members. Bahamas Paradise responded by saying that they need to raise money to put into the settlement fund and that bankruptcy is a possibility, which would be around $3,000 per crew member. Both attorneys for the plaintiffs and the judge rejected the offer as unfair.

If Bahamas Paradise files for Chapter 11 bankruptcy, then their business’s finances would be taken over by a bankruptcy trustee. The trustee would manage the company’s funds and ensure that they paid out at least a large percentage of the civil judgment against them alongside any other debts they have. The Chapter 11 would remain open until it was either converted into a Chapter 7 or the creditors were repaid as part of the bankruptcy agreement.

If the case ends up in bankruptcy, crew members may only get the satisfaction that the cruise line responsible for their false imprisonment was dissolved. The cruise line has not had any income for the past 8 months which makes finding funding to compensate the victims difficult.

If you’ve been injured aboard a cruise ship as a passenger or mistreated by your superiors as a crew member, call Miami admiralty & maritime lawyer Michael F. Guilford today to schedule a free consultation and discuss the matter in greater detail. We can help.