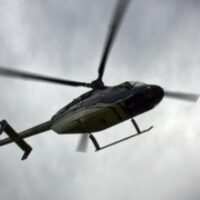 You don’t have to be in a boat to file a lawsuit under the Death on the High Seas Act (DOHSA). In fact, the families of three service members who were killed during a Marine training exercise filed a wrongful death lawsuit against the helicopter manufacturer.

Servicemembers are prohibited from filing negligence lawsuits against the U.S. military unless they are injured by medical malpractice. However, any individual can file a lawsuit against a third-party company that manufactures a device that leads to injury. In this case, the families are blaming the helicopter for the death of their loved ones.

Nonetheless, the military contractors can make special arguments against tort claims. In this case, the contractor claimed that the court lacked jurisdiction to review the matter because it fell under the political question doctrine requiring a judicial review of military actions. The court agreed with the defense and dismissed the lawsuit. The families appealed and the decision was upheld. However, the Texas Supreme Court has granted their petition to review the matter and will take up the case.

What is “the political question”?

What about the conduct of a private contractor?

In this case, the contractor was faulted for providing faulty maintenance to the helicopter that crashed. The question is: Does the court have the authority to decide when military maintenance schedules should be performed? Even if they don’t, a contractor who shirks its duty to the military can and will be held accountable regardless of whether or not military decisions were involved. Right now, 3M is facing a slew of deafness lawsuits related to their defective earplugs.