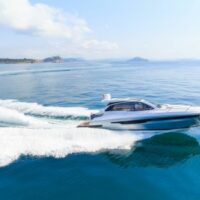 The family of a boy who was killed in a boating accident has filed a wrongful death lawsuit against the owner of the boat, the county, and the State Department of Natural Resources (DNR), according to a recent claim.

The teens were on a camping trip to celebrate the deceased’s 19th birthday. They had posted pictures to social media with beers in their hand. The friend who was operating the boat is believed to have consumed alcohol at the time of the accident. According to his statement, he drove the boat under a low-hanging branch and the descendant struck his head and fell into the water. Another boater rushed to render aid and directed the boat operator to call 911 immediately. Instead, the boat operator rushed back to the campsite. A bystander eventually called 911.

At that point, there was confusion over which jurisdiction should respond to the call. The situation occurred about 500 ft from the county line. An ambulance driver called to the scene could not locate the site and ended up driving back and forth until eventually, he did. Further, the ambulance only had two people which would not be enough to carry the victim into the ambulance. Everyone had to wait for a second ambulance to get there.

Eventually, sheriff’s deputies arrived and failed to ask the boat driver his name. A crowd of people indicated that the boat driver had been drinking, but police never asked if he had anything to drink or did sobriety tests. The officer left the scene without securing it or calling DNR even after being told the accident occurred on water. In a report issued 9 days later, police say the driver of the boat was “suspected of drinking alcohol”. A week later, DNR was notified the accident occurred on the water. By then, most of the evidence was lost.

The family holds all contributing parties responsible for the death of their son.

Miami admiralty & maritime lawyer Michael F. Guilford litigates boating accidents on behalf of injured boaters and grieving families. Call today to schedule a free consultation and learn more about how we can help.