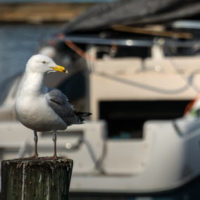 Recently, two people were killed in a boating accident off of Hollywood, according to CBS Miami. Rescue crews, responding to a distress call, arrived to find one person floating in the water who had already drowned. One more person was found dead, while one passenger survived the incident. Stories like this are all too common in South Florida, where great year-round weather and plenty of water makes for excellent boating conditions. However, just as the case with car accidents, most of the collisions, capsizes, injuries, and fatalities that occur on the water are not accidents, a term that implies unpredictability and sheer dumb luck. Accidents happen by chance. Collisions do not. If you were hurt or a loved one died due to another person’s negligent water vessel operation, you deserve to be compensated.

Fatalities Increase by 12 Percent Across the Country

Across the country, more people are dying in boating accidents than in recent history. Fatalities rose by 12 percent, according to Miami Patch. These numbers have not been this high in more than five years, and this startling trend means that thousands more will be seriously injured in future boating accidents.

Over 2,900 people were injured in boating accidents in 2016, compared to nearly 300 less in 2015 (2,613), which represents an 11.1 percent increase, while 701 people died on U.S. waterways. According to Captain Scott Johnson of the Coast Guard and chief of the Office of Auxiliary and Boating Safety, “The boating safety community should view these statistics as a stark reminder of the importance of boating safety education. . . One person lost or injured to a preventable boating accident is one too many so we encourage the boating public to use these educational resources as a means to prevent accidents.” Unfortunately, when many people head out on the water for recreation, they forget the fact that they are operating potentially deadly multi-ton vehicles capable of high speeds without any brakes, seat belts, or airbags. Common causes of crashes are the same for crashes that occur on the road:

Another major cause of boating collisions is not maintaining a proper lookout. Because large rivers, lakes, and oceans do not have any lanes, it is imperative for all water vessel users to maintain constant surveillance in all directions for other watercraft, swimmers, piers, docks, rocks, buoys, and anything else that could cause a collision, capsize, or man overboard. Lack of education or operator inexperience is not an excuse that will let a negligent watercraft operator off the hook for their legal responsibilities. If they injure another person, they should be held accountable for that person’s injuries, pain and suffering, property damage, and more.

If you or a family member suffered an injury on a cruise ship, ferry, fishing vessel, motorboat, kayak, yacht, or any other type of watercraft, that was the fault of another person, you may be eligible for compensation. Do not hesitate to contact the Miami attorneys at the office of Michael F. Guilford, P.A. today at 305-359-1999.