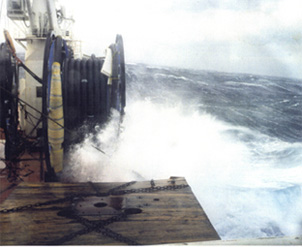 America has an entrenched nautical tradition in the sense that our country was founded upon a strong naval presence and perhaps more importantly, on an equally strong merchant shipping industry. As such, our country has a long established and constantly evolving body of maritime and admiralty law. Our Miami seamen & crew claims lawyer at Michael F. Guilford, P.A. has years of legal experience handling many different types of crew claims. Our knowledge of admiralty and maritime law is extensive and I pride myself on being an aggressive, zealous advocate for all seamen. I will utilize my vast network of resources and investigative skills to pursue your case to the fullest extent of the law.

In 1920, the federal government passed the Merchant Marine Act of 1920, or The Jones Act, as it is more commonly known. This act, based on similar railroad workers legislation, governed and continues to govern, seamen and crew claims regarding negligence. The traditional seaman also has causes of action for unseaworthiness, and the right to maintenance and cure. A Jones Act claim requires a showing of negligence on the part of the captain or ship owner, unseaworthiness involves a products-liability type analysis, and the right to maintenance and cure is similar to a workers’ compensation claim. Our lawyers are extremely well-versed in the language of The Jones Act, as well as, the General Maritime Law of the United States and can explain how it applies to your case.

Individuals that sail with the ship for a certain period of time, such as shore-based supervisors, may also entitled to protection under The Jones Act. We can discuss your situation and determine if your time spent on the ship qualifies you for Jones Act protection.

Also, our firm does not handle only injury related matters for seamen and crew members. We also represent them in standalone wage claims and wage claims pertaining to the injury in question.

In the United States, you are allowed to hire an independent attorney to protect your rights and to file claims against your employer and the vessel to recover damages for your injury, illness, or wages.

Contact a Miami seaman & crew claims lawyer at the Law Offices of Michael F. Guilford, P.A., to schedule your free initial consultation. I can discuss how your case falls under The Jones Act, or the General Maritime Law of the United States, and the possibilities for obtaining a positive resolution to the situation. Flexible appointment times are available for your convenience. Call 866-473-2636.