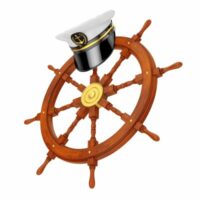 If the shipping company/employer cannot beat your claim on the facts, then it will attempt to deflect some of the blame onto you.  This is done in two ways: 1. You were partly to blame for the accident, i.e. you were not watching where you were going and that is why you tripped and fell; or 2. They will claim that the injury you suffered was not caused by the accident, but is actually a pre-existing condition, i.e. the fall and broken leg did not cause your limp, you actually had a motorcycle accident years ago where you broke your leg and you have the limp since then.

Below, we’ll take a look at how pre-existing injury arguments play out in Jones Act cases.

You have a pre-existing injury, now what?

Because seaman are wards of the court and are given very strong protection under US law, it is very difficult for an attorney representing a maritime company to defeat a claim.

A pre-existing condition will generally only result in a reduction of your damages.  Using the example above of a limp, you would have prove the limp was worse now than before the shipboard injury and then you would only recover damages for the aggravation of the injury/condition.

However, the one area where a pre-existing condition might bar any recovery is where the pre existing injury was directly related to the injury suffered on the job and the pre existing condition would have prevented employment.  This usually comes into play where the pre-exsition condition is not disclosed, where the current injury is directly related to the pre existing condition and the disclosure of the condition would have precluded employment.  The best example of this a pre-existing back injury.  You had a back injury or you may have had back surgery, you do not disclose the prior injury on your application, had you disclosed the prior injury you may not have been hired, you lift something heavy injuring your back.  Most likely, your claim will be denied.  It is the pre-existing condition that bars your claim, but he failure to disclose the condition to the employer could make an informed decision to hire you.  This is why it is important to be honest on you job applications.

If you’ve been injured aboard a vessel as a crewmember, call Miami admiralty & maritime lawyer Michael F. Guilford today. It is likely your employer will attempt to defeat the claim resulting in protracted litigation. We can help ensure your compensation comes quickly and without additional suffering.