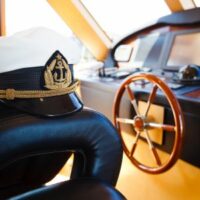 The NTSB has released a preliminary report concerning the Seacor vessel that capsized with 19 crew aboard. Six of the 19 were found alive and the bodies of six others have been recovered. The remaining are presumed dead. The search was called off 6 days after the incident occurred. Now, the grieving families of Seacor workers are turning their attention to what the company did and did not do that fateful day.

The preliminary NTSB report does not discuss fault or blame concerning the incident. It only discusses how the boat capsized.

How did the boat capsize?

According to the NTSB report, as the boat was traversing the Gulf of Mexico, a squall passed over the liftboat. Visibility continued to drop as the winds became stronger and stronger. This spurred the crew to drop the vessel’s legs to the seafloor and hold the vessel in position until the storm passed. As the legs descended, a crew member attempted to turn the vessel into the wind, but never made it all the way around. The vessel capsized.

Several managed to escape to the exposed port side, but high winds and 12-foot waves prevented rescuers from reaching the vessel.

Family members of the deceased and the surviving parties have blamed the company for choosing to sail in winds they knew were potentially dangerous. To determine actionable fault, the NTSB will need to render a decision on whether or not it was safe to leave in those conditions. They will also determine what the captain knew and whether or not it was appropriate to leave.

The surviving crew members are alleging that the decision to leave port that day was a major error caused by poor priorities. The company’s priority was to get work done as quickly as possible when it should have been the safety of its crew. If the NTSB determines that a reasonable person in the same situation would not have taken the boat out that day, then the NTSB will likely lay the blame at Seacor’s feet and Seacor will be responsible for paying out on 13 wrongful death lawsuits and 6 personal injury lawsuits.

A lawsuit filed by the wife of the captain claims that Seacor pressured the captain to sail into dangerous weather. If true, Seacor is definitely liable for the deaths caused.

Unfortunately for the victims, the law caps damages in lawsuits such as these to the total value of the boat. That means that the families are likely to recover nowhere near what they are owed. A wrongful death lawsuit like this includes compensation not only for pain and suffering but the prorated amount of labor the employee would have earned if they were still alive. In other words, the settlement fund may not be near enough to compensate the families for their loss.

Miami admiralty & maritime lawyer Michael F. Guilford provides expert counsel to those who are injured on the high seas, either as a passenger or as a crew member. Call today to schedule a free consultation and we can discuss what we can do to help win your claim.