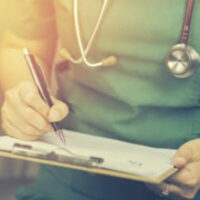 Nurses are claiming that Royal Caribbean and Nursecon stole their deposit for a convention that they were supposed to attend but were never able to due to the coronavirus. The nurses believe that they should get that money back, but Royal Caribbean seems unwilling to give it back.

Jessica Mitchell filed a class-action lawsuit on behalf of 1,500 nurses each of whom paid over $2,500 to attend a conference at sea. Mitchell asserts that nurses need that money and do not deserve to be stolen from especially now as they are working hard to avert the pandemic. She further says that the convention has failed to distribute refunds despite requests.

By way of response, RCCL says that it offered Nursecon either a refund or 125% of the cruise fare for a future cruise and Nursecon took the future cruise credit (FCC).  Nursecon has refused to offer refunds and are instead offering passage on a future cruise on a future date. But many nurses believe that convention may not happen for several years, if ever and want their money back now.

While the lawsuit is filed against Royal Caribbean, it appears it offered to refund the payments to NURSECON and whether or not it’s NURSECON that’s hoarding the money.

As of right now, one of the worst-hit industries amid the coronavirus quarantine are cruise lines and because they are foreign companies, that primarily employ foreign workers and do not pay US taxes, they will not be eligible to receive bailout money from the government.

This will be an interesting to watch as it plays out.  Is RCCL refusing to refund, or is it Nursecon; if the cruise was booked through Nursecon and included Continuing Nursing Education credits, then how much of the money was actually paid to RCCL and how much was kept by Nursecon; because the cruise never departed are the nurses stuck with the choice of venue and prohibition against class actions contained in the passenger ticket contract?  The ability to spot and deal with these issues is why you need an experienced Admrialty and Maritime lawyer like Michael Guilford to represent you.

If you’ve been injured aboard a cruise ship, call Miami admiralty & maritime lawyer Michael F. Guilford today and schedule a free consultation. We’ll go over your case and discuss your options moving forward to recover damages for your injuries.