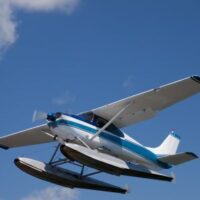 This is the second article about a floatplane crash we’ve discussed over the past few months. In the first article, we mentioned how the cruise line actually advertised the plane excursion. In this case, they did not. However, the National Transportation Safety Board (NTSB) sent a letter to cruise ships warning them that their itinerary may be contributing to several avoidable deaths. In the case mentioned previously, the pilot was accused of flying into dangerous weather. It was believed that a culture of pressure contributed to pilots making the choice to place themselves and their passengers at risk.

Holland America, which is being sued for the deaths, states that the floatplane excursion was sold separately to guests aboard their cruise ship and is not affiliated with their company. They believe that they should be immune from lawsuits related to the floatplane. On the other hand, the passengers’ families have argued that Holland America contributed negligence by pressuring pilots to fly into dangerous weather. They also failed to warn guests about the dangers involved in floatplane excursions.

While it is unknown what specifically caused the plane to crash, poor visibility and low-hanging clouds were a factor mentioned in the report. The floatplane operator is also being sued by the families. The families claim that the pilot suffered a previous accident and had not fully recovered before the fatal one. The families have also filed a lawsuit against the estate of the pilot who they accuse of failing to account for poor weather conditions.

Holland America may escape liability on the grounds that the excursion was offered separately from their services by a third-party contractor with whom they had a professional business relationship. Whether or not the pilot had the authority to cancel or reschedule a flight based on weather conditions will be a major factor in determining their liability. The plaintiffs need to establish that the pilot was under pressure to meet the cruise ship’s schedule and thus did not control when and if he was able to fly. The cruise line will likely say the pilot had the final authority to decide if the weather was safe enough to fly in. That being said, we don’t have a cause of the crash.

The two most likely causes of the crash are operator error or mechanical failure meaning that unless something really strange happened, the flight excursion tour company will be on the hook for the deaths caused in the accident.

Injured aboard a cruise ship? Call Miami admiralty & maritime lawyer Michael F. Guilford today to schedule a free consultation and allow us to review your case at no cost.