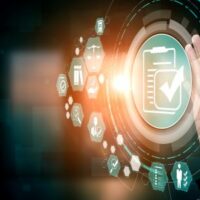 Although the medical facilities aboard a cruise ship can be limited, cruise lines claim that they have medical staff on board with training and experience that complies with the requirements of the American College of Emergency Physicians.  In cases where the medical event is beyond the abilities of the doctor or the facility to treat, the patient is supposed to be airlifted or the ship diverted to the nearest hospital. Feel safe? It sounds like the cruise lines are doing everything in their power to ensure the safety of their guests, but the truth is they are not.  One of the most common lawsuits you’ll see filed against cruise lines involve negligent medical care aboard their vessels.

In one case, a passenger had to be airlifted to a Juneau hospital after his heart stopped for nearly 20 minutes. The onboard doctor had given him the wrong medication. The patient collapsed in his cabin and it took the medical staff over 20 minutes to revive him. In this article, we’ll discuss what happened.

The patient complains of problems

Before the patient had collapsed, he’d complained to the onboard staff that he wanted to be taken off the ship because he wasn’t feeling right. In fact, the patient was in the early stages of congestive heart failure. The crew refused to bring the passenger to the doctor until he collapsed after taking the wrong medication. As the family tried to follow their loved one off the boat, the crew refused to allow them to leave until they had squared their check.

By the time the passenger reached the hospital, he was already in a vegetative state. The human brain cannot handle oxygen deprivation for very long. The passenger died a few days later in an Anchorage hospital.

The case was tried right here in Miami and the jury awarded the family $3.4 million for the wrongful death of their loved one, and while the circumstances surrounding the man’s death may be newsworthy, hundreds of these cases are filed each year and only a handful of them make the news.

In 2014, a landmark decision was handed down against cruise companies over the conduct of their doctors. In this case, a man suffered a head injury aboard a cruise ship. The doctor never bothered to examine him. He died a week later. Prior to this case cruise ship doctors were deemed independent contractors and a cruise line could not be held liable for their negligence.  However, this case overturned the old precedent,  found cruise ship doctors were actually servants/agents of the cruise line paving the way for passengers to directly sue cruise lines over medical malpractice. This has opened a floodgate of lawsuits alleging negligent medical care against cruise lines.

Why are cruise line doctors so bad? Well, the cruise industry saves money by hiring doctors from foreign countries where they do not have to meet the tough standards required for doctors to practice in the United States. Hence, doctors aboard cruise ships often lack the training and experience that you would find in doctors in emergency rooms in the United States.

Michael F. Guilford is a skilled Miami admiralty & maritime lawyer. Those injured aboard boats, in disputes with shipping companies, or injured crew can recover damages or benefits from injury accidents. Call our firm today to learn more about how we can help.