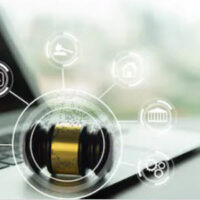 An actress with a small role in “Marriage Story” is suing Princess Cruise Lines after a bed bug infestation caused her severe distress. The lawsuit has been filed in federal court in California and seeks unspecified damages of over $75,000.

Connie Marie Flores had a small role as the “arguing woman” in the Oscar-nominated film produced by Netflix. The lawsuit names multiple allegations under both California tort law and maritime law. These include negligence, the intentional infliction of emotional distress, battery, and more. Flores says that the cruise line either knew or should have known about the bed bug problem in her cabin.

Princess Cruise Lines released a statement saying that they were “very sorry” to hear about the allegations and that they were committed to meeting or exceeding industry standard health and sanitation requirements. They also say that their room attendants are “highly trained” to identify bed bugs and all staterooms are thoroughly inspected on a monthly basis. In a separate statement, Princess Cruise Lines said that they conducted an investigation of the stateroom in question and that they found no evidence of bed bugs.

The plaintiffs have video and photographic evidence purportedly showing bed bugs in their stateroom. They also have photographs of bed bug bites on their body. Flores says that she and her husband suffered numerous bites and a rather graphic depiction released by their attorney claims that the bed bugs “latched onto the plaintiffs while they slept and sucked their blood until they were gorged”. Their attorney specializes in bed bug lawsuits.

Among their damages, Flores claims that the bed bugs caused physical and emotional distress, made it difficult to sleep, and caused anxiety. When Flores and her husband made the problem known to the ship’s staff, they say the staff refused or delayed the plaintiff’s request to be relocated, ridiculed them, and failed to move them to another cabin in a timely manner.

Cruise line staff maintains that the staterooms are cleaned twice a day and it would be “highly unusual” for staff not to notice bed bugs.

Examining the Evidence Against the Cruise Line

It’s difficult to say without taking a look at the video and photographic evidence how strong the plaintiff’s case is. Essentially, this is the best piece of evidence in their favor. The cruise line will take aim at this evidence and attempt to keep it out of court should the case go to trial. Whether or not it is admissible will likely determine the strength of the plaintiff’s case.

If you’ve taken bed bugs home with you aboard a cruise ship or otherwise been injured during your cruise, you are entitled to recover damages for physical and emotional injuries as well as any out-of-pocket expenses related to those injuries. Contact the Miami admiralty & maritime attorneys at the office of Michael F. Guilford today for a free consultation.