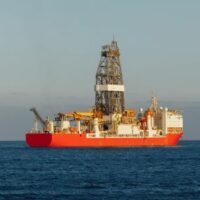 A former engineer for a Transocean drillship has filed a Maritime lawsuit against his company alleging that they put profits ahead of the safety of their workers. As Hurricane Zeta was bearing down on the ship, the workers failed to disconnect it from a deepwater well in time. The case was filed under The Jones Act. At the time of the writing of this article, more plaintiffs were being added to the lawsuit.

According to the lawsuit, executives from three companies overruled the captain’s decision to disconnect the drillship from the deepwater well. By the time they realized what a terrible decision they had made, it was already too late and the hurricane was on top of them. The drillship lost one of its engines and was taking on water in two of its thrusters. Workers had to tarp the area to stop the water from reaching the other thrusters so the captain could try to keep the ship on station over the well.

At the time of the incident, it was mostly unknown to the press since no one was killed or seriously injured. However, months after, The U.S. Bureau of Safety and Environmental Enforcement (BSEE) issued a safety alert saying that the rig sustained heavy damage and that personnel were placed in unnecessary danger. An additional finding revealed that prior to the hurricane, the well had experienced a “kick”, a build up of hydrocarbon fluids, because of a failed cement job, not unlike the failure that lead to the Deep Water Horizon disaster.

The drillship needed to be unlatched from the well as the hurricane approached and crew were in the midst of detaching the rig when they received several calls demanding that the drillship remain attached to the well head. The captain ordered the crew to stop the emergency detachment process. The plaintiff was among several crew members who strongly disagreed with the decision to remain latched during the hurricane. Five hours later, the captain ordered the crew to again begin uncoupling the ship from the well head, but by then it was way too late.

The plaintiffs allege the ship was unseaworthy for the conditions—a violation of The Jones Act and maritime law which holds shipowners accountable for the seaworthiness of their vessel. The Jones Act entitles an injured seaman to recover damages related to their physical injuries, lost wages, medical expenses, and pain and suffering damages. In a case like this, emotional damages may be greater than damages resulting from a loss of income or expenses.

The worst allegation leveled against the companies was that they exposed their personnel to unnecessary danger because interested parties were renting the vessel at $240,000 a day and wanted to make sure they got the most for their money. However, the lack of life-altering injuries or death means that the plaintiffs will only be able to argue what could have happened.

If you’ve been injured during an offshore job, you may be able to file a lawsuit against negligent parties to recover damages related to your injuries. Call Miami admiralty & maritime lawyer Michael F. Guilford today to schedule a free consultation and learn more about how we can help.