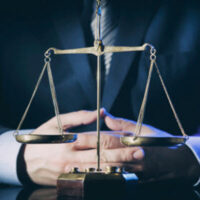 A lawsuit has been filed against the manufacturer of an amphibious vessel after nine marines lost their lives during a training exercise. The amphibious vessel took on water and sank. While the lawsuit targets the manufacturer of amphibious assault vehicle (AAV), an internal investigation revealed that the Marines were undertrained to operate the vessel and that numerous maintenance issues had been noted for decades. Nonetheless, Marines are barred from filing lawsuits against their employer under The Feres Doctrine which, up until recently, prevented former U.S. military from filing lawsuits against the federal government even for medical malpractice committed by the VA. At the very least, VA lawsuits are permitted to move forward now. But these marines can only sue the manufacturer of the AAV and not their commanding officers who contributed, perhaps, more negligence.

As the vessel began to sink, several Marines attempted to open the hatch, but could not. Nine died and seven managed to make it out alive. Both the Marines and the manufacturer of the AAV are alleged to have known about the defect prior to the incident. Neither did anything to fix the problems with the AAVs.

According to an attorney representing one of the plaintiffs, the manufacturer never bothered to fix the issue or alert the military concerning problems with the AAV. The attorney said that while the AAVs used in training exercises were old and had maintenance issues, the Marines would still be alive if the hatch door was capable of opening. Hence, a manufacturing and design defect is responsible for the incidents and the company that manufactured the AAV should be held accountable for the deaths.

The law is gray on this issue. If this were a car, then a recall would have been issued to correct the problem. Once the recall was issued, owners would have so much time to have their cars serviced. If they were aware of the recall and never got the car serviced, then the manufacturer can claim that the negligence is theirs. It would depend entirely on how long the recall had been in place. In this case, there was no recall but the military may have had cause to know that the AAVs were not seaworthy or had a dangerous design defect that ultimately caused several deaths. Those in charge of the training mission have been disciplined. A report issued by the Marines listed training failures and poor maintenance on equipment as the causes of the accident.

If you’ve been injured aboard a boat, either as a crew member or as a passenger, then special rules apply to your case and you will need a Miami admiralty & maritime attorney to handle your claim. Call Michael F. Guilford today to schedule a free consultation and learn more about how we can help.