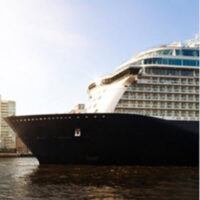 Cruise ships are great if you see one once a year for a couple of weeks. But the residents of Key West have voted to limit the type of business that cruise lines can perform on the island or at island ports. The cruise industry, however, is suing the City’s government to prevent such legislation from becoming law. Now, there will be a trial over whether or not the measures will stick. In this article, we’ll discuss the dispute between island residents and the cruise industry.

Key West residents voted to cap the number of daily cruise ship passengers to 1,500 and limiting the mooring of ships with capacities of over 1,300. As of right now, the law stands, and the cruise industry must abide by the strictures. Another provision seeks to give priority to cruise lines that have the best environmental and health records.

Of course, none of this matters right now because the cruise lines have voluntarily called off the majority of their cruises until 2021.

Challenges to the Laws

The first challenge to the law was initiated by Pier B Development prior to the vote actually taking place. The new laws could have a widescale impact on several businesses in Key West that rely on cruise ship traffic. To put it bluntly, not everyone supported the order despite feelings that cruise lines take a number of liberties with people’s health and the environment. Nonetheless, the resolutions passed by wide margins. Eighty-three percent of residents voted to give priority to the cruise lines with the best environmental records. However, it’s unclear what standard the city will use to make such a determination, and there will also be suspicion as to whether or not the city is adhering to the law itself, or simply providing preferential treatment for a price.

Problems with the Law

Key West has three ports. One is owned by the Navy, another is owned by the City, and the last one is Pier B Development’s port which is private property. The two ports that are owned by the government will definitely adhere to the City’s restrictions. The question then becomes: Does the privately-owned port have to abide by these strictures moving forward?

Several believe that Pier B’s lawsuit is more likely than not to fail. The city believes that the way they structured the new laws renders them impervious to legal challenges, and since the measures were proposed by referendum, the City’s authority to vacate the voter’s will hinges on whether or not the law is legal.

But one thing is for certain: The voters of Key West sent a strong message to cruise lines. They don’t want any environmental issues or disease break-outs finding their way to Key West ports.

Injuries that happen at sea are handled by a special set of laws known as maritime laws. To file a lawsuit against a cruise ship, you need an attorney who is familiar with the intricacies of these laws. Call Miami admiralty & maritime lawyer Michael F. Guilford today to learn more about how we can help.