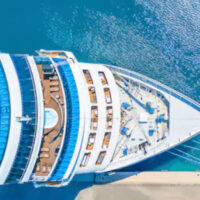 Lou Santini filed a lawsuit against Norwegian Cruise Lines, Ltd. after he was falsely accused of being a drug smuggler by employees of the cruise line and prevented from leaving the ship. The case was tossed after both sides failed to present evidence or communicate with the court regarding the status of the lawsuit. The case was dismissed “without prejudice” meaning that the case can be revived later pending Santini’s ability to provide more evidence to the court. In this case, it’s unclear why the plaintiff failed to meet the court’s deadlines.

While the lawsuit has been dismissed on a temporary basis, it remains unclear whether Santini will pursue the lawsuit at a later date. The lawsuit was filed in 2018. Santini accused Norwegian Cruise Lines, Ltd. of false imprisonment, invasion of privacy, and intentional infliction of emotional distress.

Santini boarded the vessel in 2017 for a series of performances. He told the cruise line that he was taking a prescription drug, Tramadol, to deal with his back pain after a long flight. Santini then requested that his cabin be switched because the condition he found it in was “unkempt and smelly.” Norwegian Cruise employees accommodate his request, but then accused him of bringing an “illegal narcotic” aboard the vessel and searched his cabin. He was given two pat-down searches as well, the complaint alleges.

A search of the cabin revealed that there were “marijuana tablets” in Santini’s cabin. Santini maintains that the marijuana tablets were not his and that they were either planted by the crew or left behind by another passenger who had the cabin prior to Santini.

Santini claims that the crew ignored “open and obvious” drug use by other passengers and forbade Santini from leaving the ship. He also says that Norwegian Cruise Lines staff demanded that Santini sign a confession stating that he was a drug smuggler and that the drugs were his. They also attempted to steal his phone and some of his property, according to Santini. They also confiscated his passport. After being kicked off the ship, Norwegian staff told a cab driver not to give Santini his passport until he had reached the airport.

The suit claimed that Santini suffered lost revenue from the cancellation of his shows and emotional distress intentionally inflicted by Norwegian Cruise Lines’ staff. The suit further alleges that damage to his reputation resulted in other cruise lines being unwilling to book Santini for gigs.

Santini is a decorated comic who has been featured on Reelz Channel and Pop TV. He won comedy festivals in both Detroit and San Diego and was a two-time champion Best of the Fest in  2016 and 2017.

If you have been falsely imprisoned and accused of being a drug smuggler aboard a cruise ship, Miami admiralty & maritime lawyer Michael F. Guilford can help you recover damages related to the intentional infliction of emotional distress and lost earnings. Schedule a free consultation today.