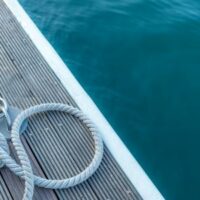 A worker injured aboard a boat filed a lawsuit against his employer after he tripped and fell, injuring his ankle. The court determined that the worker was not a seaman, but rather some other sort of chap, and thus his exclusive remedy was the workers’ compensation system from which he was already recovering benefits. On appeal, the 5th Circuit Court of Appeals sided with the defendant and dismissed the plaintiff’s lawsuit. According to the court, in order to qualify for Jones Act benefits, you must have a stronger connection to the ship than just working on it.

However, the legal snaggle did not stop there. Once the court had reviewed its own decision, it recognized that the lawsuit being filed by this individual worker was indistinguishable from several other lawsuits which were decided in favor of the plaintiff. In these cases, the worker was able to pursue damages under The Jones Act even in cases where the worker was injured while docked at port.

Instead of vacating their own decision, the justices called for a review of the decision because the lawsuits that went the plaintiff’s way did not seem in concurrence with earlier lawsuits heard by the Supreme Court.

Essentially, the question the court had to decide was under what conditions a worker qualified as a seaman under The Jones Act. In the lawsuits that plaintiffs won, the test to determine if they qualified under The Jones Act was simply whether or not they were exposed to the perils of the sea. The court decided that standard was simply not enough. A new test has replaced the old one. Plaintiffs must now establish that they “owed their allegiance” to the vessel, left after a discrete task was completed, or was paid by a shoreside employer.

So, what is the bottom line?

Ok. You have an injured worker who had been working aboard a vessel for two weeks before he tripped over a pipe while carrying a welding torch, injured his ankle, back, and whatever else. The worker files a workers’ compensation claim and the insurer is more than happy to cover medical expenses and lost wages. The worker then sues his own employer under The Jones Act. Prior precedent made this case look more appealing than it actually was. The ship on which the worker injured himself was not the property of his company. Past precedent held any employer liable under The Jones Act so long as their employee was “exposed to the perils of the sea”. However, the court decided their prior decisions had not kept pace with Supreme Court rulings and decided to establish a higher standard. The standard they apply now requires anyone filing a claim under The Jones Act to be connected to the vessel they are claiming is unsafe vis a vis an employment contract. In this case, the worker sued his own company for tripping and falling on someone else’s property.

The ruling makes sense because we don’t want one company to be responsible for injuries caused on someone else’s property. We also want to restrict the aegis of the Jones Act to those who make a living as seamen.

If you’ve been injured at sea, either as a passenger or employee, call the Miami admiralty & maritime attorney Michael F. Guilford today to schedule a free consultation and learn more about how we can help.