Is The Jones Act Preventing Food From Entering American Borders? 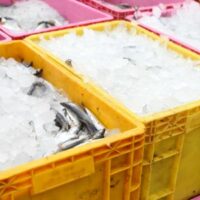 The Jones Act requires that any ship that makes domestic shipments be owned, operated, and built in the U.S. with U.S. crew. This has forced one creative shipping company to make a ridiculous voyage to a Canadian territory by way of South America that has a railroad that goes to nowhere. Eventually, the goods would make it back to the place they started to be offloaded. In making this voyage, the ship owners can claim that they are not making a U.S. to U.S. voyage and are thus not bound by the strictures of The Jones Act. In other words, the short trip to Canada exempts the company from being bound by the terms of The Jones Act.

The shipping company insists that they are meeting the requirements for the exemption under the law, while Customs and Border Protection insists that the company is not acting in good faith. The company believes that the law is outdated and places unnecessary stress on their business to meet specific requirements that are no longer economically valuable. As of now, there are tons of seafood sitting on a ship as the two parties fight it out in court.

The Jones Act lists several exceptions under the law. One of those exceptions involves stops in Canada. If a ship stops in Canada, then the requirements of The Jones Act provision don’t apply. However, the federal government is claiming that these shipments are meant only to invalidate the terms of The Jones Act. In other words, the federal government wants to hold the shipping company accountable on a technicality, while simultaneously arguing that a technicality does not apply. While the company has certainly exploited a loophole under the law, the fact remains that the law is placing undue pressure on U.S. shipping companies which is actually making the entire industry less competitive, more expensive, and will eventually destroy the U.S. shipping industry as a whole.

The company is facing nearly $350 million in fines, a sum that would likely bankrupt the company. CPB claims that the company did not meet the requirements of the third provision on the basis that the railroad does not go anywhere. Meanwhile, there is something like 23 million pounds of food in cold storage that has yet to make its way to American stores.

Miami admiralty & maritime lawyer Michael F. Guilford is a maritime lawyer who can try and defend cases under The Jones Act. Call today to discuss your situation in more detail, and we can advise you as to your options.