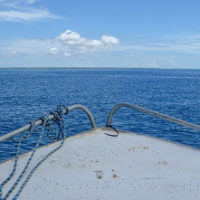 Two Florida state politicians have banded together to tackle a type of “modern day piracy” that occurs after certain boat accidents, according to a press release from The Florida Senate. The new bill promises to regulate the salvage industry and protect boat owners as well as the general public.

State Senator Dana Young and State Representative Shawn Harrison introduced this measure, also referred to as Senate Bill 664. In essence, Young and Harrison are aiming to curtail overcharging practices by salvage companies. The piracy angle comes from the practice of salvage companies providing minor aid to a boat on water, only to charge an exorbitant fee after the fact.

This type of practice is made possible by admiralty and maritime regulations that govern salvage and providing aid to boats in peril. If the salvage company labels their service as a “salvage claim,” then they can charge the boat owner exorbitant fees. In certain cases, the salvage claim is calculated based on the value of the boat – not the value of the actual aid rendered or services performed.

To justify Senate Bill 664, Young and Harrison cite overwhelming public support. In a poll of Florida boat owners and enthusiasts, 79 percent approved of the proposed requirements for salvage companies.

At this point,  Young and Harrison will work to garner support for Senate Bill 664 in both houses of the Florida legislature. Until the bill passes, however, it is important to remember the example above. Boat owners should be wary of inflated costs when requesting help or other services from a salvage company.

Let Us Help You Today