Cruise Ship Rape on the Rise 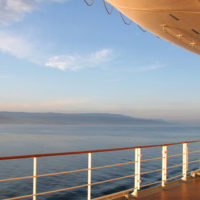 The nonprofit RAINN (“Rape, Abuse, and Incest National Network”) reports that less than a third of all sexual assaults are reported to the police. Sadly, this is simply part of the unfortunate nature of such horrible crimes. Between the shame and fear that accompany rape and sexual assault, victims often contend with the fear that their claims will not be taken seriously or that they will undergo further abuse, threats, and intimidation. When a rape or assault takes place on a cruise ship, it can destroy what was otherwise intended to be a happy and relaxing vacation.

As a report by the Huffington Post recently explained, cruise ship sexual assault claims have risen by as much as 550% between 2015 and 2016. While the specific reasons for this may be a bit elusive, there are a host of factors that may play a role in this demonstrable increase in passenger injuries stemming from assault and rape.

Reasons for Increases in Cruise Ship Assaults and Rapes

The nature of a cruise is somewhat anonymous. There are often thousands of strangers on a ship, far from home drinking large quantities of alcohol and enjoying a sense of freedom from typical inhibitions. This can lead some to see cruise ships as a place where they can behave in ways they normally would not. Because you are on vacation and the cruise lines try to make you feel as though the ship is a completely safe environment, many people let down their guard more on a cruise. They are more willing to talk to strangers, drink more than at home and even allow themselves to be alone with people who they don’t know.  The advertising by the cruise lines and confined nature of being on a ship lead to a false sense of security and it is this false sense of security that can create an environment that is ripe for predators looking for victims.

Who Commits Most Passenger Rapes and Assaults?

When is it the Cruise Company’s Fault?

In many situations, cruise ship companies fail to use reasonable measures to protect passengers. For instance, there may be workers who have not passed background screenings that would have identified a history of sexual assault. In other situations, the cruise line may have failed to maintain adequate post-incident medical equipment and procedures, which lead to further injuries. Maybe the cruise ship over served a passenger alcohol, contributing to violent or aggressive behavior.

Your Rights After an Assault

You should be aware of a federal law passed not long ago, called the Cruise Vessel Security and Safety Act of 2010. This law provides specific procedures that cruise lines must follow. You have a right to a full medical evaluation after reporting your attack. You also have a right to speak directly with federal law enforcement from the FBI or Coast Guard, as well as private communication with an attorney of your choice.

If you’ve been assaulted on a cruise ship, call Michael F. Guilford, P.A. in Miami right away to discuss your rights. We want to help protect your rights and ensure you understand all of your legal options before you speak to cruise line officials.