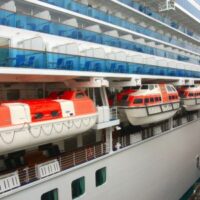 Two crew members suffered serious injuries while performing a drill in Vancouver’s English  Bay. The crew members were aboard the lifeboat when it became unlatched from the ship and plunged into the water. The lifeboat was nearly sunk by the time rescue crews arrived. The Coast Guard rescued the crew members and described their injuries as “serious and significant”. Both crewmembers were stabilized upon admission to the hospital.

In cases like this where a crew member is injured due to the actions of others aboard a vessel or a problem with the vessel itself, the liability falls on the vessel owner usually. In this case, either other crew aboard the ship accidentally released the lifeboat before it was lowered into the water or some problem with the latching caused the lifeboat to drop from the ship unexpectedly. In either case, the crewmembers would have a viable negligence claim against the boat’s owner and various other culpable parties.

Accidents occur on lifeboats with such frequency that maritime lawyers generally have an entire page of their website dedicated to lifeboat injuries specifically, especially during lifeboat drills. Vessels conduct drills to test the boat and ensure all parties understand how the lifeboat is lowered into the water. The crew must know how to capably lower the lifeboat with two shipmates aboard the lifeboat. Unfortunately, this process can be dangerous.

The law requires that at least 75% of the crew has taken part in a lifeboat or abandon-ship drill. In cases where they haven’t, a drill must be conducted within 24 hours of the ship leaving port. Drills are also required if a new ship has entered service or modifications have been made to an existing ship.

By and large, the majority of lifeboat accidents occur due to the mechanical failure of the ship’s components. Sometimes, operator error is to blame. Other times, poor training results in injuries. In each case, it is more than likely that when a lifeboat operation fails, the mooring of the lifeboat snaps or the lifeboat is dropped into the water like a rock. No matter what, lifeboat accidents are a “never event” and do not happen unless there is some form of negligence.

In almost every case, a crewman injured in a lifeboat accident is not to blame for their injuries. Injuries that do occur during lifeboat accidents are almost always the result of maintenance or training failures.

Injured in a Lifeboat Accident?

Then you need a maritime lawyer. Call Miami admiralty & maritime attorney Michael F. Guilford today to schedule a free consultation and learn more about how we can help.