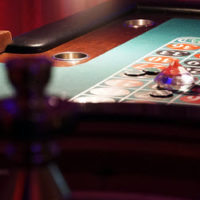 When ships catch fire, it doesn’t matter how far they are from the coast. A boat of any size can become a deadly inferno quickly, and passengers often have nowhere to turn and nowhere to escape. This is unfortunately exactly what happened just a couple weeks ago right off the coast of New Port Richey, Florida, a small community located on Florida’s gulf coast.

Tampa Bay Times reports that the fire spread rapidly, and the crew was unable to stop it, even using an onboard fire extinguisher. The boat – The Island Lady – was used to take passengers from shore to an offshore casino boat in international waters. There are a lot of these operations in Florida, because gambling is legal in international waters. On their way back to shore, the boat caught fire, leaving passengers with a dangerous choice – stay and die or jump into freezing cold, shallow water.

The ship got within about 100 yards of the shore. The water was so shallow that passengers had to jump from about 12 feet and land in waist-deep water. They then walked through heavy, dense mud and water to get to land.

Victim Identified as 42-year-old from Lutz

The mother victim was a mother of two who lived in Lutz, a neighboring town on Florida’s gulf coast. She was taken to the hospital, where she later died from her injuries.

There are a lot of agencies and organizations that investigate boat fires, depending on where they take place. Since this fire happened just off the shore, the local Sheriff’s Department will be involved. Likewise, the U.S. Coast Guard and the National Transportation Safety Board will likely be involved in determining how the boat caught fire, as well as reviewing the actions taken by crew once it was ablaze.

Many boat fires are caused by engine problems, poor maintenance, or improper chemical handling. Among a few of the common causes are:

When someone is seriously injured or killed in a boat fire, it can be challenging to determine the causes. An experienced maritime injury lawyer can help make sense of the chaos and confusion and help you better understand your rights under state and federal law. Michael F. Guilford, P.A. has over 30 years of experience helping injured people find justice and compensation. Call or visit our firm online to learn more and schedule a free confidential consultation today.