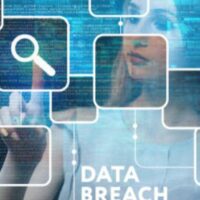 Carnival Cruise Lines was fined $5 million by the State of New York after the company’s data was breached several times from 2019 to 2021. The breaches exposed customer information to potential hackers who then used the information to perform fraud and identity theft.

The cruise line was fined by New York’s Department of Financial Services for failing to set up multi-factor authentication which would have made it more difficult for hackers to access customer data. The agency also said that Carnival failed to report one of the breaches and did not conduct cybersecurity training for employees after the first breach. This resulted in subsequent preventable breaches. Further, Carnival failed to file proper cybersecurity compliance certifications.

Can I sue over a data breach?

Customers generally don’t file lawsuits over data breaches unless they suffer some form of personal or financial harm as a result of the breach. However, a plaintiff would have to prove injury. That means facing criminal charges related to an act they did not commit or financial harm related to the accrual of debt made in their name.

Once a hacker gains access to your name, date of birth, social security number, and credit card information, all of which are generally stored on Carnival’s computers. This information is used for straight theft, but more often than not, bank accounts are set up in the name of unsuspecting individuals and frauds are committed from those accounts. For example, a hacker can automate the process of setting up tax returns but how do you get the money into an account that you can access? The account needs to be untraceable so that it doesn’t link back to your identity.

In most cases, personal information is used to set up straw accounts that are attached to fraudulent tax returns or government entitlements. Frauds related to the PPP loans and COVID-19 stimulus were quite common. Fraudsters don’t have to steal money directly from a citizen’s account. They can steal the money from the government and place it into a fake account.

Hence why your data is valuable to hackers. Fraud related to public services is prosecuted aggressively. In some cases, citizens who have no idea what is going on can face crimes related to illegal online interactions. In other cases, they can incur debts they have no idea exist. Eventually, they have to fight allegations of debts or criminal conduct and this costs them stress and money. If something like that has happened to you, then you can sue Carnival for exposing your data to hackers.

Miami admiralty & maritime lawyer Michael F. Guilford represents the interests of those who have been injured aboard cruise ships. Call today to schedule a free consultation and learn more about how we can help.