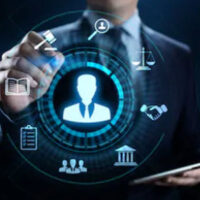 On August 15, Carnival Corporation reported that they were the victim of a ransomware attack. The company filed an 8-K report on August 15. 8-K reports are filed with the SEC when a major event occurs that is of direct interest to shareholders.

Carnival said that the hackers encrypted some of their data and downloaded some information from the network.

In a report issued by Carnival, they said they notified authorities and have begun their own investigation into the breach. Carnival believes that the hackers may have accessed some of their guests’ and their employees’ personal data. They also said that, despite potential lawsuits, they do not expect the breach to impair their operations.

After reporting over $2 billion in losses since the no sail order went into effect, Carnival does not seem like a prime target. However, the credit card information stored on their servers could be used by potential hackers to make anonymous transactions and deplete the bank accounts of customers.

Another possible reason why the cruise line was attacked involves the question of whether or not Princess Cruises (a subsidiary of Carnival Corp.) knowingly spread the coronavirus all over the world. Lawsuits in the U.S., Australia, and New Zealand allege that the company knew that some of their guests had disembarked from the ship with symptoms of the virus before they allowed another tour to begin.

Ransomware is the most terrifying form of malware there is. Essentially, the program encrypts all the data on your hard drive and takes over the operating system. The victim will not be able to access their data without the encryption key. Hackers use this to extort money and information from companies and individuals.

What Types of Lawsuits Can Carnival Face?

Depending on the severity of the breach, the information stolen, and whether or not hackers now have access to customers’ credit card information, Carnival Corp. may be facing lawsuits from shareholders or former guests.

By and large, the cruise line industry has taken more heat over the coronavirus than other large entertainment industries. Carnival announced an estimated $3 billion in quarterly losses. The no sail order, which was put in place in April, is expected to be enforced through November at the very least. Logistically, however, cruises will likely be sidelined until the threat of the pandemic is over.

Talk to a Maritime Lawyer Today

Maritime lawyers handle lawsuits that occur on the high seas. Miami admiralty & maritime lawyer Michael F. Guilford has represented both crew and passengers in lawsuits against cruise or other shipping companies. Call today to request a free consultation.