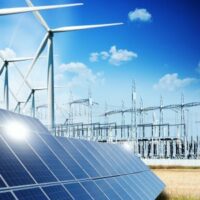 Lobbyists for U.S. Fishing and Wildlife teamed up with unlikely bedfellows from Big Oil to help kill a bill that would allow for the construction of offshore wind farms. The Biden Administration is hoping to find renewable and cleaner sources of energy, but special interests oppose the expansion, albeit for different reasons.

U.S. Fishing and Wildlife believes that the wind farm may hurt fishing in key areas off the East Coast. Meanwhile, Big Oil will oppose any threat to its market share and they’ll use the power of the federal government to enforce it.

Unlike you or me, large corporations can pay politicians to write friendly legislation. At the apex of your company’s evolution, you will become a major lobby in the United States. This means that you can draft laws that hurt competitors even when your own energy source is causing serious pollution and scientists are claiming that it might kill the planet. At this point, the courts must decide if prevailing U.S. law limits the federal government’s ability to place wind farms offshore. They are attempting to block the approval of a wind farm off the Massachusetts coast. The plaintiffs are being represented pro bono by the Texas Public Policy Foundation which opposes any measures that encourage renewable energy. Their donors include Exxon, Chevron, and Charles Koch.

No alliance between U.S. Fishing and Wildlife and Koch-funded pro-oil lobbyists would have been predictable prior to this situation. However, concerns over losses related to fishing are imperiling the livelihoods of these workers. While the U.S. government plans on compensating the fishermen for any losses, the fishermen would then be at the mercy of the federal government to supply handouts that compensate losses. While that may seem like a solid guarantee, the debt situation alongside inflation is making such guarantees less guaranteeable. The commercial fishermen, sensing that their backs are up against the wall, have recruited the help of the oil lobby which seeks to limit the amount of renewable energy in the marketplace to avoid profit reduction.

Meanwhile, the dangers posed by wind turbines continue to be much smaller than those posed by oil pipelines. Republicans believe that implementing changes that reduce carbon emissions will harm the economy while Democrats say that the economy benefits from more jobs in clean energy. Scientists consider the timeline for moving to clean energy extremely risky as the global climate continues to warm, meaning droughts, famine, plague, wildfires, and other natural disasters will continue to increase.

Injured at sea? Miami admiralty & maritime lawyer Michael F. Guilford can help. Call today to schedule a free consultation and learn more about how we can help.