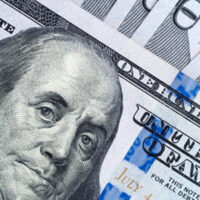 Last week, we wrote about how crew members from lesser-privileged areas of the world often rely on the cruise industry for their livelihood. The crewmembers aboard the two Bahamas Paradise cruise ships have kept on board without pay since March.  They are among several thousand cruise ship workers who were waylaid aboard cruise vessels after the “no sail” order went into place.

About a month ago, cruise ship workers of the Bahamas Paradise Cruise Line filed a lawsuit against their employer alleging that they were forced to to stay on board and work for free.  Because they were not allowed to leave and their movement was restricted, they felt like prisoners.  The crew was forced to sign waivers stating that they agreed to this situation and if they failed to sign the waivers, were threatened by their superiors with never working another day in the cruise industry.

Once the “no sail” order went into place, it was apparent that cruise ships had become a major vector for the virus. In some cases, crew were flown home at the company’s expense on chartered flights capable of handling the pandemic or cruise ships were used to transport the crewmembers home.  These measures were, of course, more expensive and none of the cruise lines wanted to pay that money with no income coming in. But most eventually did, and their crew was returned home to the safety of friends and family.

That was not so for crew members of the Grand Celebration or Grand Classica, ships that sail from Palm Beach and Freeport. On August 4th, casino employee Dragan Janicijevic, who had made it off the ship and had returned home to Serbia filed a class-action lawsuit against his employer for the conditions that he and the other staff of the vessel were forced to live under.

The settlement will compensate the crewmembers for their unpaid wages and their contractual two months severance pay.

The cruise line responded by stating that they intended to pay their crew for the work they provided while the ship was not sailing but that the company was financially strapped due to a lack of income. Meanwhile, the no sail order will remain in effect until the end of September but is likely to be extended through October when the decision to sail will become a month-to-month decision by the CDC and other government authorities.

If you’ve been injured aboard a cruise ship or other ship at sea, call Miami admiralty & maritime lawyer Michael F. Guilford, today to schedule a free consultation and learn more about our services.