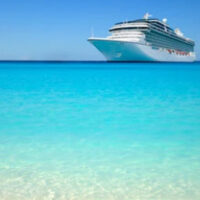 Bahamas Paradise crew members, who told authorities that they were forced to work without pay, are on the verge of winning a major settlement after a federal judge in Miami approved the terms of the settlement after concerns that the amount wasn’t high enough. The workers were trapped in U.S. waters and the company denied the workers passage back to their home countries due to the expense of flying them under COVID protocols. Further, the cruise line stopped paying workers making the conditions of their labor somewhere between imprisonment and slavery.

The total value of the settlement was just under a million dollars. Each crew member who was trapped aboard the vessel will recover about $2,600 each, which is not nearly enough.

Conditions Aboard the Vessel

Workers come from all over the world to become crew members aboard cruise ships. For many nations, it provides a needed influx of money into their local economies. Because these industries provide jobs and capital for these countries, it is common for the countries to use protectionist infrastructure to prevent crew lawsuits, workers’ compensation claims, and other types of lawsuits. Additionally, these countries have very unsophisticated labor laws and worker protections that allow things like the aforementioned situation to occur.

Essentially, workers were threatened with several consequences if they either stopped working or attempted to leave the vessel. These threats included jail time and the loss of their job which may be the one opportunity they have to make a decent living in their home country. Under these threats, they were forced to work without pay. In the U.S., this illegal. The workers were also offered a one-time $1,000 payment that never came. They will get roughly double that from the settlement.

Why Was the Settlement So Low?

The settlement was low because the company is so strapped for cash that it said bankruptcy was a possibility. Whenever a company threatens bankruptcy, the accountants come out to crunch the numbers. In cases like this, a Chapter 7 bankruptcy means that the company would be dissolved, its assets sold off and the money dispensed to the plaintiffs and other creditors. If a low-ball settlement is better than whatever the plaintiffs could collect from a bankruptcy trustee, the settlement will move forward. In this case, the presiding judge raised concerns over the settlement offer, but you can’t draw blood from a stone.

The workers will get more than double what they were promised by the company. The company will survive, allowing them to keep their jobs. The settlement won’t ostensibly drive the cruise line into bankruptcy. Meanwhile, Bahamas Paradise dodges a major bullet. Everyone walks away happy.

If you’ve been injured aboard a cruise ship or mistreated by your employer, call the Miami admiralty & maritime attorneys at Michael F. Guilford today to schedule a free consultation and learn more about how we can help you recover damages related to medical expenses and lost wages.