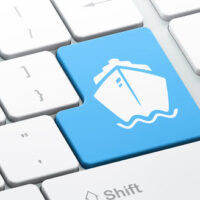 A lawsuit stemming from a 2015 rape aboard a Royal Caribbean Cruise ship will be allowed to move forward, an appeals court ruled. The details of this case are unsettling. The fifteen-year-old alleges that she was fed alcohol and gang-raped. According to the lawsuit, nearly a dozen men bought her multiple rounds of alcoholic beverages until she was visibly intoxicated and then steered her to a cabin where they brutally assaulted her.

There are two parts to this case that bear noting. First, the lawsuit alleges that the girl was in eyeshot of employees and security cameras when the men were buying her shots of hard liquor. If that’s the case, Royal Caribbean can be held liable based on that alone. A fifteen-year-old girl should not have been allowed in a drinking area let alone had multiple shots bought for her.

The second part of the case involves the actual rape. While none of the men appear to have worked for Royal Caribbean, the assault took place on Royal Caribbean’s watch. Since there are no police aboard the vessel, Royal Caribbean is tasked with providing security to its passengers. When they fail in that duty of care, they can generally be held liable if the plaintiff can show that they either knew or should have known about the danger.

The Question of Foreseeability

This is essentially a premises liability case that was brought under the theory of negligent security. Negligent security lawsuits are complicated because plaintiffs need to show that danger to those on their premises was foreseeable. What makes this case so infuriating is that teenagers, children, and other passengers frequently are sexually assaulted aboard cruise ships where jurisdictional issues create a black hole of enforcement.

The original lawsuit was dismissed on the basis of Rule 12(b)(6) of the Federal Rules of Procedure for failing to state a claim which is a complicated and convoluted rule and motions to dismiss on that basis are rarely granted. Essentially, a plaintiff must be able to prove (under the assumption that all of the facts in this case would go her way) that there is a remedy under the law and that the suit makes a specific claim as to what the defendant did wrong. It isn’t clear from the appeal how the plaintiff failed to do this. However, the appeals court ruled that, regardless of the merits of the plaintiff’s case, the plaintiff had established two factors that made it possible to move forward and survive the motion to dismiss. The first was that the cruise line failed to warn its passengers about sexual assaults aboard their vessels and the second was that a minor’s alcohol consumption happened in plain sight of cruise line employees and security cameras. The decision of the lower court found that the plaintiff hadn’t sufficiently established how Royal Caribbean was negligent.

These two facts alone allowed the lower court to overturn the district court’s decision and allow the case to proceed.

If you’ve been injured or assaulted aboard a cruise ship, Miami admiralty & maritime lawyer Michael F. Guilford, P.A. can help you recover damages for the cruise line’s negligence. Talk to us today to set up an appointment.