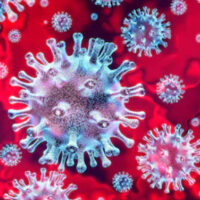 Princess Cruises is fielding another lawsuit related to the fateful voyage aboard the Grand Princess. This lawsuit involves the death of a retired Dallas firefighter, Michael Dorety. His wife sued Princess Cruises after he contracted coronavirus aboard the vessel and died several days later in the hospital. She is seeking at least $1 million in damages.

This is just the latest in a series of lawsuits that have been filed against Princess Cruises after several of their guests became infected with the coronavirus. The lawsuit alleges that Princess Cruises allowed passengers from a previous cruise to disembark even though they appeared to have symptoms of the virus which is now responsible for the unprecedented number of deaths. The lawsuit further alleges that Princess Cruises neglected to either warn passengers that there was a sick passenger on the previous cruise nor did they make any effort to sterilize the ship in between journeys. This, the plaintiffs allege, is why Princess Cruises should be held responsible for the deaths and injuries that passengers suffered on that journey.

Facts of the Case

In order to prevail in their suit, Mr. Dorety’s family will have to establish that the cruise lines actions in preventing the outbreak and then in rendering medical care, were not reasonable under the circumstances.  The family will do this by establishing that cruise line knew or should have known that the passengers who disembarked had symptoms similar to the coronavirus and that the cruise line failed to take reasonable steps “under the circumstances” to protect Mr. Dorety and the other passengers aboard the ship.

In this case, Princess Cruises sent notice to the passengers aboard the first voyage that they had been exposed to the coronavirus. This occurred four days after the Doretys had embarked on their cruise, yet the cruise line then waited an additional two weeks before it ordered all passengers into quarantine.

Unfortunately, most cruise line doctors lack education, training and experience to handle much more than cold, sunburn or cut.  They are by far foreign, are not licensed in the United States and would not be allowed to practice here.

That appears to be the case for the Doretys.  While Mr. Dorety was dying in his cabin, the cruise line would not disembark him for medical treatment and the cruise ship doctor could not be bothered to come to his cabin.  After Mrs. Dorety begged and pleaded for help, the cruise line doctor finally went their cabin and gave Mr. Dorety Tamiflu and Tylenol.   Michael Dorety died on March 20.

The worst part of this may not be over for the Doretys, because depending on where the negligent conduct is deemed to have taken place, they may be limited in their damages by the Death on the High Seas Act.

Key to establishing the cruise line’s negligence is determining what information was available and when it became available. In the early stages of the outbreak, like in January, very little was known and doctors were still attempting to discover which virus was responsible for the SARS-like symptoms. At that time, no one was quite sure how contagious the disease was or what methods would be effective at safeguarding people from the virus.

By February 21, when the couple boarded the Grand Princess, it was well known what the symptoms of the virus were and how virulent it was.  The evening new was reporting the extent of the outbreak in China and Italy and the difficulties being encountered trying to contain the virus and protect their citizens. Despite this knowledge the United States was still two weeks away from implementing shelter-in-place orders and social distancing.

Holding Princess Cruise’s responsible for its negligence will depend on establishing what it knew (or should have known) and when that information became available.

If you’ve been injured aboard a cruise ship, call Miami admiralty & maritime lawyer Michael F. Guilford today to learn more about how you can file a lawsuit and recover damages for negligence.