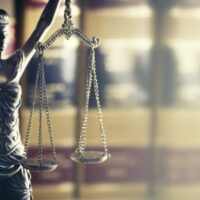 The Jones Act is a very large piece of legislation that covers everything from shipping regulations to workers’ compensation for seamen. Among the regulations in The Jones Act, foreign-flagged vessels are prohibited from delivering oil and gas to U.S. ports. The move is an attempt to reduce gas prices for American drivers. But detractors say that cost in savings would amount to very little for U.S. drivers. U.S. drivers would stand to save about 10 cents per gallon. In most places, that would amount to around a 2% reduction in the overall price of gas.

Nonetheless, U.S. lawmakers are scurrying to relieve Americans from soaring gas prices. Efforts to reduce state taxes, increase supply, and other measures have only resulted in a temporary stall in the massive spikes we continue to see. The prices keep going up and efforts to reduce these prices have only slowed the surge.

A limited set of options

The Biden administration is left with a limited set of options to help American consumers at the pump. While some Americans blame Biden for the spike in gas costs, the issue is related to supply and demand. With Russia’s oil pipeline drying up amid sanctions, the supply is vastly reduced even as demand continues to increase. Under the Trump administration, you had the opposite problem. Gas prices dwindled to record lows as Americans stayed home during the pandemic. In that situation, you had increased supply but much less demand. In other words, nothing either president did could have prevented the price of oil from going up or down and efforts to stabilize the price by government officials have met with only temporary and barely noticeable relief.

Would waiving the Jones Act help?

It would help, but how much and what is the cost of waiving the Jones Act? The cost of transporting gasoline aboard a Jones Act-compliant vessel is about $4.66. Some speculators believe that a non-Jones Act compliant vessel would be able to transport the goods at nearly a dollar less.

As of now, no move has been made one way or the other as the Biden administration considers the balance of interests.

Miami admiralty & maritime attorney Michael F. Guilford files lawsuits on behalf of crew and passengers injured due to negligence. Call today to schedule a free consultation and learn more about how we can help.