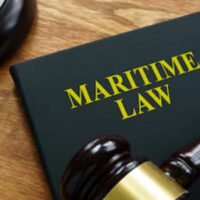 The Biden administration is considering a waiver of specific considerations under the Jones Act that require U.S. flagged vessels to deliver fuel to American ports. The waiver, it is believed, would reduce the cost of gas by about $1 per barrel. However, shipyards and crew believe that the $1 in savings per barrel would amount to an erosion of industry protections for workers and destabilize an otherwise-healthy shipping industry. The investors would, however, prefer to avoid provisions under The Jones Act that allow them to be sued by employees for negligence.

The AMP (American Maritime Partnership) is one of the leading maritime watchdogs. They have come out against all efforts to manipulate the Jones Act to reduce the price of gasoline. The measure would allow foreign-flagged vessels to deliver oil and gasoline to U.S. ports. Ostensibly, this would reduce the overall cost of gasoline by about 10 cents per gallon at the pump in some states that rely on shipping for gasoline. However, the measure would affect the entire shipping trade and allow employers to skirt Jones Act protections for workers. Further, the benefits seen in cost reduction would be eaten up within a month of price increases. Worse still, the issue has nothing to do with The Jones Act, it’s related to foreign supplies of oil which are now dried up due to sanctions placed on Russia for the Ukraine War.

According to the AMP, The Jones Act, would provide minimal savings to U.S. gas buyers and not address the root problem causing gas prices to spike. In other words, it would do the same work as multiple efforts to reduce taxes on gasoline and temporarily increase supply by releasing federal reserves. If you still think you’re paying too much for gasoline, then that’s because the measures didn’t work. Similarly, preventing U.S. workers from taking jobs by creating a competitive disadvantage may reduce your gas prices by about 10 cents for a limited period of time, but for how long and at what cost?

As of right now, no efforts to repeal certain provisions of the Jones Act or apply waivers to foreign-flagged vessels have been enacted. If they are, it would put American shipping at a competitive disadvantage and imperil thousands of domestic jobs that rely on boats to move cargo from place to place.

Thus far, no American-flagged ships have applied for Jones Act waivers. The requirements under the Jones Act include worker protections, ship standards, and OSHA compliance issues. They do increase costs to companies, but they also protect workers from negligence and allow workers to recover damages when they are injured aboard a vessel.