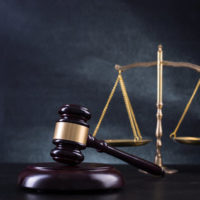 An 85-year-old man may never enjoy the sport of golf again after a Royal Caribbean doctor failed to insert his catheter properly. His wife claims that after the catheter fell out, he tried to put it back in himself but couldn’t do it. He went to the shipboard medical facility where he enlisted the aid of the ship’s doctor who inserted the catheter back in. Shortly thereafter, the urinary bag filled up with blood. The doctor said that there must be blood in his bladder but his wife said that had never happened before. The doctor informed him that he should go back to his cabin and return when medical facility reopened at 4 o’clock.

At 3:30 the passenger started showing symptoms of delirium and trembling and the catheter bag had again filled with blood.  The man’s wife rushed him back to the ship’s medical facility where they had to wait a half hour for a nurse to show up. The nurse found that the urinary bag had in fact filled with blood again.  The nurse replaced the bag and performed some diagnostics on the passenger.  The passenger was again sent back to his cabin.

That night, the man neither slept nor ate and his wife rushed him back to the medical facility. Ship doctors then recommended the passenger be transported to a nearby Mexican hospital.

The Man is Diagnosed with Sepsis

The couple has filed a lawsuit against Royal Caribbean for the substandard quality of care he received aboard the ship. They are claiming that the man can no longer enjoy the sport of golf or be intimate with his wife. The wife has filed a separate action for loss of consortium.

While the man has shown some progress and can now walk with a cane, he has not been able to return to the golf course. Those who know him say that he competed in several professional tournaments and charity events, but now, he may never pick up a golf club again.

There is some question as to whether or not his wife can file an action for loss of consortium. Historically, spouses have been able to make claims for the recovery of consortium, however, the Eleventh Circuit Court of Appeals in the Sunset Limited case held, without any analysis, that consortium was not recoverable under the General Maritime Law.  Several district courts have recently pushed back on this concept, so the issue remains in flux.

Talk to a Miami Admiralty and Maritime Attorney

Miami admiralty & maritime lawyer Michael F. Guilford litigates lawsuits on behalf of crew members and passengers who are injured on sea vessels. Call us today for a free consultation.