A Florida family recovered $200 million in damages from a boat rental company that failed to disclose a known safety concern with one of their water skiing boats. A 7-year-old child was killed in an ensuing accident. A Georgia jury returned a verdict of $200 million in favor of the family. The verdict also… Read More » 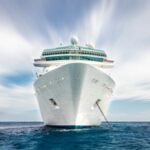 Disney Cruise Line is facing a $20 million lawsuit filed by the parents of a then-3-year-old girl who they believe was sexually assaulted by a 7-year-old girl. The parents have claimed they noted changes in their daughter’s personality after the incident and say that a video shows the assault on camera. However, the video… Read More »