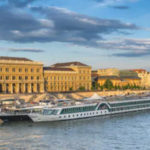 River Cruise Ship Collides With Boat on the Danube; 28 Dead or Missing

The Viking River Cruise ship, Sigyn, collided with a Hungarian sightseeing boat called the Hableany (Mermaid) on the Danube River. Both ships were headed northbound when the Hableany seemed to pull in front of the Sigyn. The Hableany was significantly smaller than the Viking Sigyn. When the Sigyn struck the Hableany, it caused the… Read More » 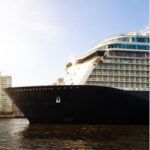 A Louisiana man says doctors had to amputate part of his thumb after his cruise ship crashed into a dock. The ship was operated by a Connecticut-based cruise line known as Guilford (no relation). The ship disembarked from Portland, Oregon and was supposed to make its way to Clarkston, Washington. However, the plaintiff would… Read More »