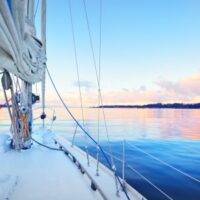 A Florida family recovered $200 million in damages from a boat rental company that failed to disclose a known safety concern with one of their water skiing boats. A 7-year-old child was killed in an ensuing accident. A Georgia jury returned a verdict of $200 million in favor of the family. The verdict also laid some of the blame with the driver of the boat.

The boy was killed when the boat began taking on water. He was struck by a propeller. The family filed a product liability lawsuit against the company that manufactured the boat along with negligence lawsuits against the boat rental company.

Along with compensatory damages, the company was also hit with punitive damages. An attorney representing the family said the verdict will send a clear message to boating companies and manufacturers that their customers’ safety should come first. The defendants are reviewing their options to appeal the verdict, which is, in fact, quite large.

Will the verdict stand up on appeal?

It looks like it’s doomed to be reversed on appeal. With due deference to the plaintiffs and their claims and the lack of information supplied in the article, there are some problems with this verdict. Firstly, the boat had no history of safety concerns prior to being driven by a specific individual who is believed to have been the primary cause of the boating accident. A judgment of $60 million was entered against this individual, but he was not named in the lawsuit making the judgment uncollectible. The judgment would have been uncollectible anyway unless he was Elon Musk or someone who had $60 million in Tesla stock to sign over to a plaintiff. The facts of the case seem to indicate that the driver and not the boat manufacturer contributed the majority of the liability.

However, if there was a known safety defect with the boat, anyone using the boat should have been made aware of that fact prior to use. If the company hid a potential safety defect, then that would be a good reason to slap them with punitive damages. If not, it’s hard to understand why this company was hit with such a high judgment. You would expect a seven-figure judgment in a case like that—not a 9 figure judgment.

Nonetheless, the family had used the boat without incident for three days prior to the allegedly negligent boat operator allegedly causing an accident. So, it sounds like the boating manufacturer has a strong reason to appeal the judgment of punitive damages. Evidence that the company shirked safety duties likely factored into the punitive damages award. But failure to link the boating accident to a known defect would have been a major stumbling block for any damages.